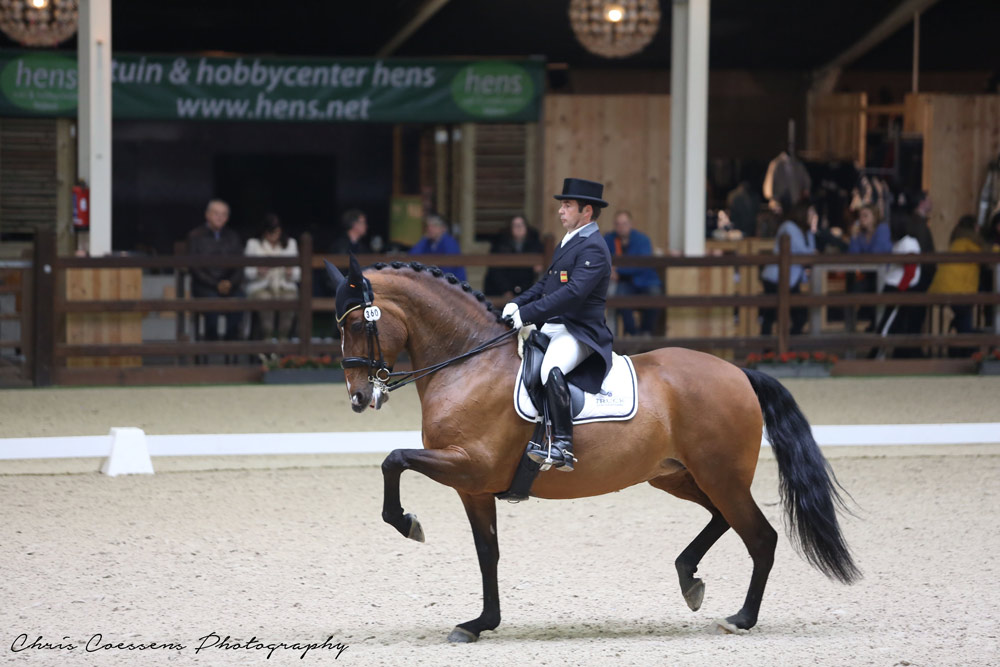 From February 28th to 4 March 4th, a grand dressage event took place in Lier: CDI4* Lier! For this second edition of the competition we, Equine MERC, were among other things asked to design and fill a completely new website. Within record time we had delivered a complete website. The event is now easy to find on the Internet. And oh, worth mentioning is that the event had the Equine MERC Prix!

Prior to the event, we took care of the promo material and provided the social media with a fun and new look. During the event we were also responsible for reporting together with Equnews. We were also the sponsor of the Equine MERC Prix; the U25 Grand Prix Freestyle. The Danish rider Nanna Skodberg Merrald won this category. Luc van Moorsel was the lucky one who handed her the prize.

Dressage sport of the highest level

Super performances were delivered during CDI Lier by, among others, the Belgian rider Jorinde Verwimp. She was with her Tiamo the victor in the Grand Prix and Grand Prix Freestyle. The Spaniard Sergio Martin Palos won first place in the Grand Prix Special. In short: dressage lovers could eat their heart out!

We want to thank the organization of CDI Lier for a really nice cooperation. In 2019 the exciting event will take place from 27 February to 3 March. We are already excited!