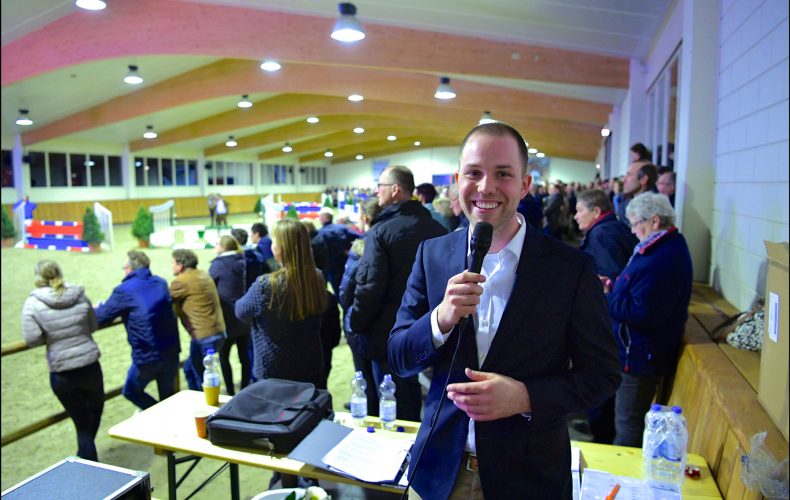 Six studs were presented last night: Don Diablo HX, Gaspahr, Cape Coral RBF Z, George and Entertainer are all stallions that have been in training at Stal Hendrix for several years now. They exceed their promises; both as sires and sport horses. The 20-year-old Ultimo van ter Moude also appeared in the arena. The former Grand Prix horse ridden by Todd Minikus was presented on hand.

Two or more offspring were shown of every stud. Both ridden or on hand. This was highly appreciated by the visitors.

After every stallion made his entrance, Luc did a short introduction. Paul and Emile Hendrix took over afterwards for a more technical clarification.

There was an honouring planned halfway through the evening for the breeders of two successful young stallions. Both stallions, owned by Stal Hendrix, have succeeded in the first, second and third round viewings and are now invited for the KWPN stallion test.

It was a beautiful edition. We thank Stal Hendrix for their trust.